One of the most underrated tourist places in the world, Cardiff hosts all sorts of entertainment, culture, and fun, for any type of tourist. The largest city in Wales, and also its capital, Cardiff is a city oozing with history. Because of its locations, it’s long been an important port, and thanks to it being a cultural and economic centre, it serves as an excellent base from which you can explore the entirety of South Wales. There’s no shortage of engrossing and immersive things to do it Cardiff, and here are a few of them. Located in the centre of the city, Cardiff castle was first built as a Roman fort in which troops were stationed at. Some parts of the fort have been partially restored and preserved. It was later rebuilt as a castle with an artificial moat in 1090, to finally be rebuilt and redecorated at a vast expense from 1865 to 1920. The highlights of the castle are the State Apartments, the Clock Tower, and the Chapel, and if you time your visit right, you can witness jousting tournaments and medieval markets.

Party in its many pubs and bars

Cardiff’s got some amazing nightlife, and is an excellent spot for partying. Party venues Cardiff can range from the calm and relaxing restaurants, to the more bustling and alive bars. Cardiff has an abundance of places to have fun both at night and during the day, such as Revolution Cardiff, Jongleurs Comedy Club, or the Cardiff Masonic Hall. Whichever you choose you won’t regret it.

Bike around the city

If you’re traveling for business and need a break from work, biking around the city is a great escape. Cardiff is one flattest cities in the UK, and also one of the greenest, and because of that it’s a great place to just get on your bike and explore. You can easily rent one, and get on the city’s ‘green lung’ that runs along the banks of its major river – the Taff. It’s a trail that runs for 55 miles between Brecon and Cardiff. The trail is almost completely flat, and has plenty of picnic pit-stops along its route, and is really family friendly.

Relieve Cardiff’s grand past by meandering through its excellent Victorian and Edwardian arcades, with their numerous and plentiful independent shops. Cardiff also has 2 huge modern shopping centres – St Davids & St Davids 2 – but when it comes to shopping, the arcades are the star of the show. The Royal Arcade is excellent if you hunt for antiques and collectibles, while the Castle Arcade has some excellent food.

One of the most unique things about Cardiff, the water taxi service can be used from the centre to go and see the breath-taking Cardiff Bay. In 1999, the Cardiff Bay Barrage developed in a 500-acre freshwater lake and 8 miles of water front, which today is a popular attraction where you can dine out, take a walk, or just watch the boats go by. It’s a spot with plenty of history and culture, where you can visit plenty of pubs and locales, and just generally have a great time. 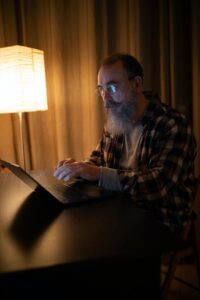